Have you visited The Pearls Museum? 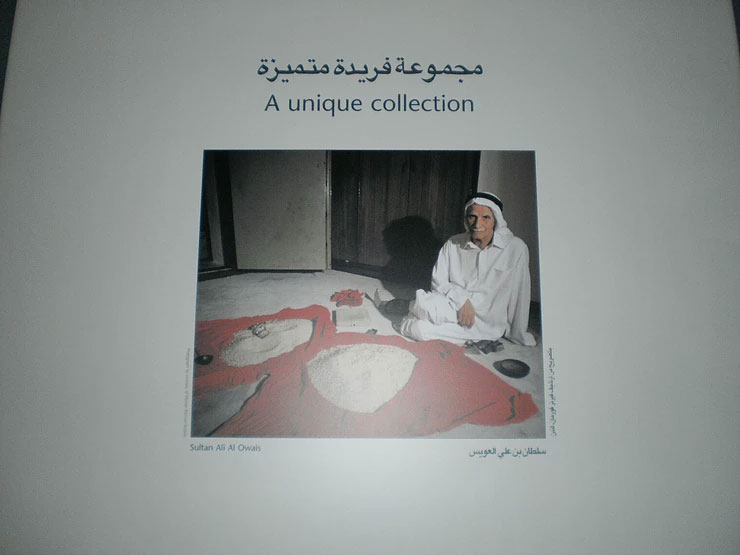 Some years ago I had the chance to visit one of the most unknown attractions of Dubai: The Pearls Museum. Even if it is necessary an appointment it worth the effort.

Dubai is well known for having the tallest building in the world, the biggest artificial ski slope and generally speaking here everything must be the most or the …est. This is why the many people are attracted to Dubai. They want to see and experience the Unique. Not many know about the Pearl Museum, that displays one of the world’s largest collections – to keep the unique feature, the museum is located in a bank, Emirates NBD. But this is related to its history.

All the pearls exhibited there belonged to one private person, Sultan Al Owais (1925-2000). It was his father, Ali Bin Abdullah Al Owais, who started to collect the pearls and also invested to establish a financial institution to serve local needs. He did not survive to see his dream come true but his son, Sultan, completed the mission: he became the first chairman of National Bank of Dubai in 1963. And he continued to collect pearls. By the time of his demise in January 2000, he owned one of the biggest pearl collections in the world. Sultan Al Owais gifted it to the people of the Gulf under the custodianship of the National Bank of Dubai. The Pearl Museum was inaugurated in 2003, on the National Bank of Dubai’s 40th anniversary. The bank is known now as Emirates NBD.

Visits at the museum are by appointment only and maximum of persons are allowed per visit. The tour guide, a very young Emirati lady, joins every group for presenting the museum. Because it is not only about the pearls themselves, it is also about the history of the pearl divers and merchants of Arabia and also about the origin of UAE and how life was before the oil boom. The discovery of oil ended the “pearl age” in the Gulf. That’s why, the last century of Dubai’s history can be summed up in just one phrase, as our guide says: “As one door closed, another one opened”.

The beauty of the pearls is given also by the water the oysters grow in. That’s way, the warm, shallow water of the Gulf helped to produce ones of the most beautiful pearls in the world. And they reached destinations all over the world, from Bombay to New York. One interesting thing is that in the Gulf men didn’t use to wear pearls, like in the other parts of the world. This was a privilege only for women.

The history of the Gulf is closely linked to the pearls. The “Dive” was the only source of income for many men over the centuries. It was only one trip every year with for about four months and the share of the catch had to sustain their families for the rest of the year. Equipment and pictures from the trips are also displayed at the museum.

And even if the exhibits are just maybe 100 years old, the pearls and their origin became subject of myths and legends hundreds of years ago. And in the end I will tell you an ancient Arab legend: “When the pure light of the full moon shimmers across the sea, oysters rise to the surface and caressed by the waves, open their shells to swallow a drop of silvery night dew. From this magical union, pearls are born”.