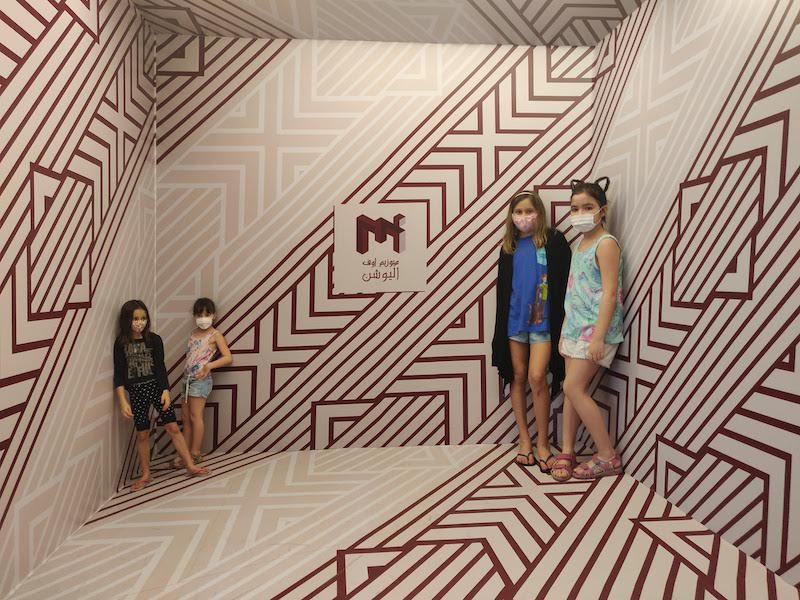 Finally, we made it to the Museum of Illusions at Al Seef!!!! And we had such a great time! The girls didn’t know what to expect as I told them that we are going to “a museum” but didn’t go into details. It’s not a classic museum as it is very interactive. Kids can learn a lot of science while there, mainly about the function of the brain and perception. It is not big at all but we spent there almost two hours and we could have spent more. There are many interactive things to do and plenty to read. Every room and every experiment comes with a full explanation and history.

Even from the entrance, we were attracted by the “Tricky stick”. That stick is going round and some point it has to go through a curved hole. Looking at it, we all said that this would be impossible. but due to its position, the stick did it!!!! It plays with our sense of space and how we see it. We also loved the box where we looked inside from two different positions. From one side, we were able to see a black box but when moving to the other side, it turned into a white triangle. It’s all about mirrors and our perceptions.
One of our favorites was the Ames Room. There is about an optical illusion, where a person can look like a giant if in one corner and shrinking in the other. We took turns in getting bigger and smaller. Also, there is another illusion associated with this room: it appears to be a cubic when viewed with one eye from a special viewing point. This room is named after the American ophthalmologist, Adelbert Ames Jr., who first built such a room in 1946. But I won’t tell you everything now and let you discover with the kids.
We also had a lot of fun at the dinner table, where we had a feast with a nice head. Actually, it was kind of hairy.  It was fun playing cards by oneself, multiplied in five. It was not that lonely. And we danced creating rainbow figures. My personal favorite is Muller-Lyer illusion. Two lines with arrows at each end appear to be of different lengths. However, they are of the same length but it seems that it exploits our brain’s perception of perspective. As the line at the left is perceived to be further away, it is assumed by the brain to be longer.
What I couldn’t do but the girls had fun was to go inside the tunnel. It gives you the perception of spinning and I actually got dizzy so I had to get out and I was not able to go to the other end. The illusion there is so strong! But I enjoyed a lot trying to say the colors and not to read the words. That was a lot of fun as you can’t really do it very fast.
We went on a weekday, at noontime and it was not crowded at all. Please note that the parking opens at 4.00 pm so parking might be a bit difficult as there are not so many public spots available outside.
The Museum of Illusions has an offer now for AED 49/person. You can book online or buy tickets directly there. If you book online, it will show that you can book for a slot but that is just informative for them how many people to expect. The ticket is valid all day long.
After that, we enjoyed some frappuccinos at Starbucks. Unfortunately, it was too early to have a walk and most of the shops were still closed but definitely we’ll be back in winter. It is our first time at Al Seef as well 🙂
Have you been to the Museum of Illusions yet? What about Al Seef? What else would you recommend there? 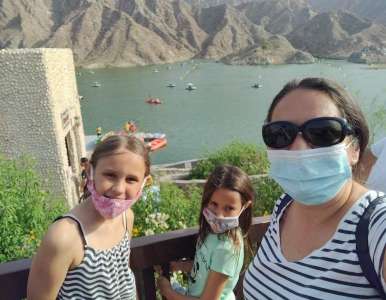 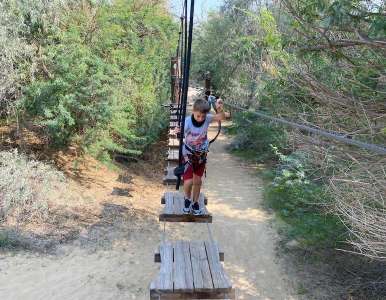